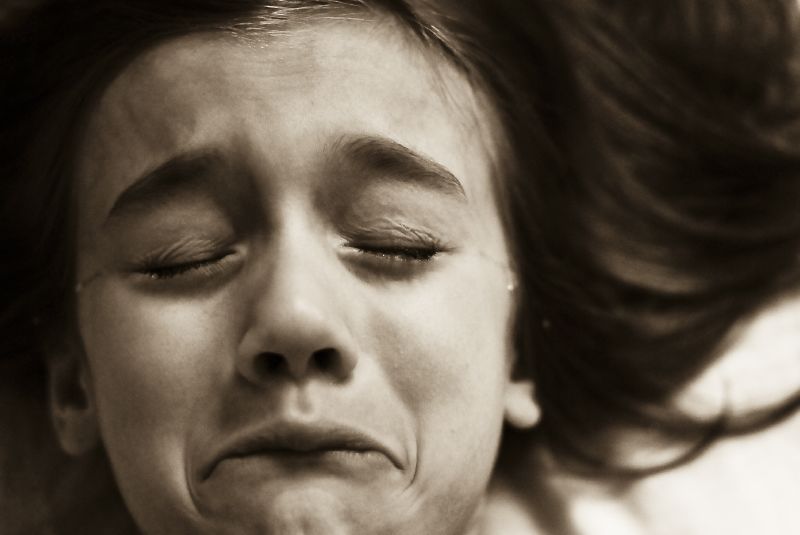 Rape culture is when I was six, and my brother punched my two front teeth out. Instead of reprimanding him, my mother said “Stefanie, what did you do to provoke him?” When my only defense was my mother whispering in my ear, “Honey, ignore him. Don’t rile him up. He just wants a reaction.” As if it was my sole purpose, the reason six-year-old me existed, was to not rile up my brother. It’s starts when we’re six, and ends when we grow up assuming the natural state of a man is a predator, and I must walk on eggshells, as to not “rile him up.” Right, mom?

Rape culture is when through casual dinner conversation, my father says that women who get raped are asking for it. He says, “I see them on the streets of New York City, with their short skirts and heavy makeup. Asking for it.” When I used to be my father’s hero but will he think I was asking for it? (will he think) Will he think I deserved it? Will he hold me accountable or will he hold me, even though the touch of a man – especially my father’s – burns as if I were holding the sun in the palm of my hand.

Rape culture is you were so ashamed, you thought it would be easier for your parents to find you dead, than to say, “Hey mom and dad,” It wasn’t my fault. I didn’t ask for it. I never asked for this attention, I never asked to be a target, to be weak because I was born with two X chromosomes, to walk in fear, to always look behind me, in front of me, next to me, I never asked to be the prey. I never wanted to spend my life being something someone feasts upon, a meal for the eternally starved. I do not want to hear about the way I taste anymore. I will not let you eat me alive.

Rape culture is I shouldn’t defend my friend when an overaggressive frat boy has his hand on her ass, because standing up for her body “makes me a target.” Women are afraid to speak up, because they fear their own lives – but I’d rather take the hit than live in a culture of silence. I am told that I will always be the victim, pre-determined by the DNA in my weaker, softer body. I have birthing hips, not a fighter’s stance. I am genetically pre-dispositioned to lose every time.

Rape culture is he was probably abused as a child. When he even has some form of a justification and all I have are the things that provoked him, and the scars from his touch are woven of the darkest and toughest strings, underneath the layer of my skin. Rape culture leaves me finding pieces of him left inside of me. A bone of his elbow. The cap of his knee. There is something so daunting in the way that I know it will take me years to methodically extract him from my body. And that twinge I will get sometimes in my arm fifteen years later? Proof of the past. Like a tattoo I didn’t ask for. Somehow I am permanently inked.

Rape culture is you can’t wear that outfit anymore without feeling dirty, without feeling like you somehow earned it. You will feel like you are walking on knives, every time you wear the shoes you smashed his nose in with. Imaginary blood on the bottom of your heels, thinking, maybe this will heal me. Those shoes are your freedom, But the remains of a life long fight. You will always carry your heart, your passion, your absolute will to live, but also the shame and the guilt and the pain. I saved myself but I still feel like I’m walking on knives.

Rape culture is “Stefanie, you weren’t really raped, you were one of the lucky ones.” Because my body wasn’t penetrated by a penis, but fingers instead, that I should feel lucky. I should get on my hands and knees and say, thank you. Thank you for being so kind. Rape culture is “things could have been worse.” “It’s been a month, Stefanie. Get out of bed.” “You’ll have to get over this eventually.” “Don’t let it ruin your life.” Rape culture is he told you that after he touched you, no one would ever want you again. And you believed him.

When I have a daughter, she will know how to fight. I will look at her like the sun when she comes home with anger in her fists. Because we are human beings and we do not always have to take what we are given. They all tell her not to fight fire with fire, but that is only because they are afraid of her flames. I will teach her the value of the word “no” so that when she hears it, she will not question it.

My daughter, Don’t you dare apologize for the fierce love you have for yourself and the lengths you go to preserve it.

Instead of teaching my daughter to cover herself up, I will show her how to be exposed. Because no is not “convince me”. No is not “I want it”. You call me, “Little lady, pretty girl, beautiful woman.” But I am not any of these things for you.

These powerful words were written by Stefanie Lyn Kaufman (stefanie_kaufman@brown.edu)

Reblogged from: My Bones are Breaking from the Weight of the World http://aseriesofnouns.tumblr.com/post/71941707987/rape-culture-is-when-i-was-six-and-my-brother