Donald Trump is angling for voters like us – workers fed up by stagnant wages and an economy rigged for the rich. Don’t swallow his bait! Trump calls himself a “blue-collar billionaire.” There is no such thing! He’s really a bad boss who fires people on a gameshow. America needs a real president, not a celebrity apprentice. Trump says “I’ve done very well with unions” and “The workers love me.” Hardly! Workers at his Las Vegas hotel recently formed a union and he refuses to negotiate with them.

No Surprise: Trump Is a Union Buster at His Own Hotel – Amid the buffoonery of Donald Trump’s campaign, workers at his Vegas hotel are demanding justice. https://www.thenation.com/article/no-surprise-trump-is-a-union-buster-at-his-own-hotel/

Trump talks about negotiating trade deals to bring home jobs from overseas – yet he doesn’t lead by example. All the suits and ties in the Donald J. Trump Collection are made cheap in China and Bangladesh. Trump says he sees potential in workers who don’t have degrees – but his Trump University scam has cheated thousands of students out of their life savings. They earned a worthless degree that produces no wealth and no success in real estate. His hypocrisy has no bounds.

Trump claims he’s ready to be commander-in-chief while he denigrates our soldiers. He had the gall to criticize the military record of John McCain, who was tortured in a North Vietnam prison. “He’s a war hero because he was captured,” Trump said. “I like people who weren’t captured.” Trump’s iron-fisted immigration policy would deport 11 million people and erect a “Great Wall of Trump” spanning 1,000 miles along the Mexico border. By any tally, the cost would be enormous. There’s no way it could ever happen unless he suspends the Constitution and conducts police raids.

Trump also insults our allies, praises Putin, and invites Russia to hack into emails about our national security. He lacks all the diplomatic skills necessary to lead the free world. God help us if this short-fused bully has the nuclear codes.

Face it: Trump is a con artist who intends to con us into voting for him. Workers…are way too smart for that. We know Trump is a loud bully. He doesn’t support working people and he doesn’t share our values. He has spent his entire life manipulating the rules to enrich himself at the expense of ordinary folks. His companies have committed wage theft, robbed vulnerable people of their life savings, and fired workers for union organizing – all so he could line his own pockets with gold. 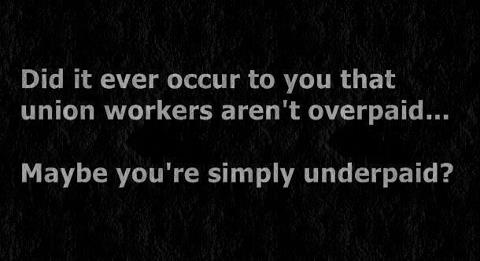 “When unions are strong, America is strong.” – Hillary Clinton

Hillary is our change maker. Working people matter to her and her platform shows that she is a true champion of the middle class. She understands that anyone who works a 40-hour week should not be living in poverty. She knows that we must raise the minimum wage to a living wage. She will ensure that all our kids have access to quality education and debt-free college.

Hillary knows that the clearest path to economic progress is through strong unions that fight for fair wages and retirement security. She believes working people have a right to organize and she has called for the expansion of collective bargaining rights. She says right-to-work laws are “wrong for America” because they are designed to weaken and eventually eliminate unions. And she is determined to repair America’s infrastructure and create millions of good union jobs. 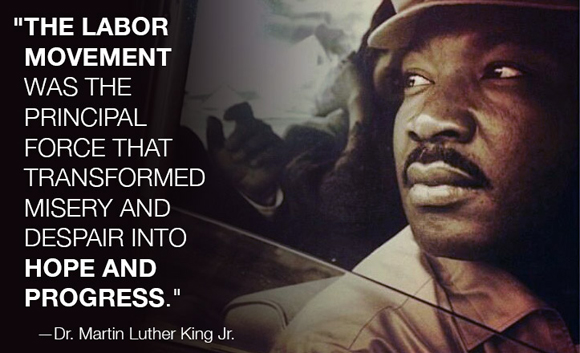 We are bullish about Hillary’s ability to knit together a labor coalition that will carry the Midwest. As Bernie Sanders reminds us, this campaign is not just about electing a president. It’s about building a movement to transform our nation. Elections come and go, but our fight for social, economic and racial justice continues.

While you take your three day weekend, remember those who struggled to get Friday and Saturday off. 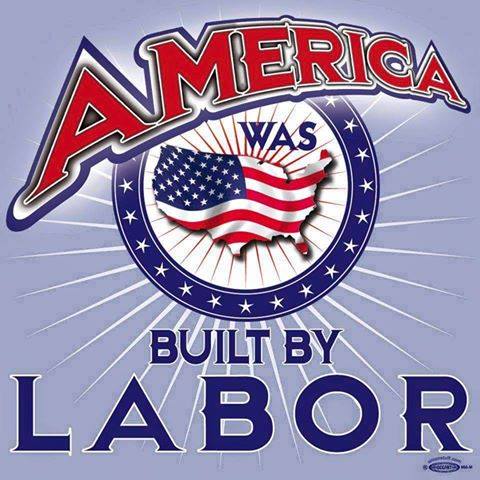