The U.S. Supreme Court is entrusted with resolving disputes about how the United States Constitution and other federal laws should be applied to cases that have been appealed from lower courts. The justices base their decisions on their interpretation of both legal doctrine and the precedential application of laws in the past. In most cases, interpreting the law is relatively clear-cut and the justices decide unanimously without dissent. However, in more complicated or controversial cases, the Court is often divided.

It has long been commonly assumed that the votes of Supreme Court justices reflect their jurisprudential philosophies as well as their ideological leanings, personal attitudes, values, political philosophies, or policy preferences. A growing body of academic research has confirmed this understanding: scholars have found that the justices largely vote in consonance with their perceived values. Analysts have used a variety of methods to deduce the specific perspective of each justice over time.

More than 150 years ago, in 1858, as the national crisis over slavery heightened, Abraham Lincoln famously remarked that “a house divided against itself cannot stand,” and that the “crisis” would be “reached and passed” only when the house divided would “become all one thing or all the other.” Now, the long conflict over social equality, political democracy and American government that began during the Progressive era, followed by the New Deal and the Great Society, is reaching its inescapable conclusion. If the Republicans win the presidency in 2016, they will also almost inevitably control both the Senate and the House of Representatives, giving them virtually unfettered command over the entire federal government to go along with their domination of the great majority of the state governments. The Republican president could easily be in a position to appoint new justices to the Supreme Court for an unstoppable right-wing majority that would last for a generation to come. Bush v. Gore, Citizens United and Shelby County v. Holder (the 2013 ruling that greatly weakened the 1965 Voting Rights Act) would be merely the prelude to tilting political and social power. If, however, the Democrats win the presidency in 2016, they will almost certainly take back the Senate and make gains in the House – and the Democratic president will likely be able to appoint new justices to the Supreme Court that will eventually comprise a liberal majority. Between these two stark alternatives, there is no middle ground. In 2016, the country will become either one thing or the other.

How did we arrive at this decisive moment? Two powerful historic developments have driven American politics over the past half century. The Republican Party has been transformed by a conservative movement that has pushed it ever further to the right. The Democratic Party, stunned by the conservative counterrevolution, has struggled to reinvent itself and its politics, while facing the increasingly formidable resources of the right. These shifts are responsible for the polarization and dysfunction that have gripped American government since the 1990s. But they began in 1968.

A Responsibility I Take Seriously

The Constitution vests in the President the power to appoint judges to the Supreme Court.  It’s a duty that I take seriously, and one that I will fulfill in the weeks ahead.

It’s also one of the most important decisions that a President will make.  Rulings handed down by the Supreme Court directly affect our economy, our security, our rights, and our daily lives.

Needless to say, this isn’t something I take lightly.  It’s a decision to which I devote considerable time, deep reflection, careful deliberation, and serious consultation with legal experts, members of both political parties, and people across the political spectrum.  And with thanks to SCOTUSblog for allowing me to guest post today, I thought I’d share some spoiler-free insights into what I think about before appointing the person who will be our next Supreme Court Justice.

First and foremost, the person I appoint will be eminently qualified.  He or she will have an independent mind, rigorous intellect, impeccable credentials, and a record of excellence and integrity.  I’m looking for a mastery of the law, with an ability to hone in on the key issues before the Court, and provide clear answers to complex legal questions.

Second, the person I appoint will be someone who recognizes the limits of the judiciary’s role; who understands that a judge’s job is to interpret the law, not make the law.  I seek judges who approach decisions without any particular ideology or agenda, but rather a commitment to impartial justice, a respect for precedent, and a determination to faithfully apply the law to the facts at hand.

But I’m also mindful that there will be cases that reach the Supreme Court in which the law is not clear.  There will be cases in which a judge’s analysis necessarily will be shaped by his or her own perspective, ethics, and judgment.  That’s why the third quality I seek in a judge is a keen understanding that justice is not about abstract legal theory, nor some footnote in a dusty casebook.  It’s the kind of life experience earned outside the classroom and the courtroom; experience that suggests he or she views the law not only as an intellectual exercise, but also grasps the way it affects the daily reality of people’s lives in a big, complicated democracy, and in rapidly changing times.  That, I believe, is an essential element for arriving at just decisions and fair outcomes.

“The American people‎ should have a voice in the selection of their next Supreme Court Justice,” McConnell said in a statement. “Therefore, this vacancy should not be filled until we have a new President.”

McConnell’s statement came as a chorus of conservatives called for the confirmation process to be delayed until the next President takes office in January 2017. Not longer after, Sen. Chuck Grassley — the chair of the Senate Judiciary Committee, through which Supreme Court nominations come through — also issued a statement that said “it only makes sense” to wait until the next president is elected to replace Scalia.

Minority Leader Harry Reid countered in his own statement Saturday that said the “Senate has a responsibility to fill vacancies as soon as possible.”

“It would be unprecedented in recent history for the Supreme Court to go a year with a vacant seat,” Reid said. “Failing to fill this vacancy would be a shameful abdication of one of the Senate’s most essential Constitutional responsibilities.”

The move would deny President Obama the opportunity to name his third Supreme Court justice and potentially to change the court dramatically from a conservative to liberal majority.

The possibility of a Republican Senate thwarting a Supreme Court nomination for the remainder of Obama’s presidency sets the stage for a major political battle running parallel with the 2016 elections.

Republicans Will Nominate a Candidate Who Would Violate the First, Fourth,Fifth and Eighth Amendments
If the GOP had any respect for the Bill of Rights, it would reject Trump.

Cleveland—As Republican Party “constitutionalists” prepare to nominate authoritarian billionaire Donald Trump for the presidency this week in Cleveland, the American Civil Liberties union has determined that the candidate’s proposals would violate the First, Fourth, Fifth, and Eighth Amendments of the Constitution.

It is not news that Trump has, during the course of his campaign for the GOP nomination, put himself at odds with basic premises of a Bill of Rights that defends a free press, guarantees freedom of religion, and guards against torture and abuses of privacy. But when his proposals are pulled together—as the ACLU has done in a new analysis of the Republican candidate’s public statements and policy positions—the extent to which Trump would shred the Constitution in general and the Bill of Rights in particular is breathtaking.

Trump has from the start of his campaign sparked controversy with statements, actions, and proposals that disregard the First Amendment. He and his aides have created blacklists of journalists, and the candidate has expressed an interest in rewriting libel laws in order to intimidate, punish, and potentially silence critics of powerful individuals and interests. Trump has, as well, proposed schemes to discriminate against Muslims and to spy on mosques and neighborhoods where Muslims live—with steady disregard for the amendment’s guarantee of protection for America’s diverse religious communities.

But that’s just the beginning of Trump’s assaults on the Constitution. Trump has encouraged the use of torture and blatantly disregarded privacy protections that have been enshrined in the founding document since the 18th century. He has attacked the basic premises of a constitutionally defined separation of powers, with rhetorical assaults on individual jurists and the federal judiciary so extreme that House Speaker Paul Ryan described one such attack as “the textbook definition of a racist comment.” He has proposed instituting religious tests. He has shown open and consistent disregard for the promise that all Americans will receive equal protection under the law.

“If implemented, Donald Trump’s proposed policies will spark a constitutional and legal challenge that would require all hands on deck at the ACLU,” says Romero. “The ACLU and its more than 300 attorneys in all 50 states, Puerto Rico, and Washington, D.C., stand ready to challenge and impede implementation of his unlawful proposals, should he attempt to see them through.”

It should never come to that.

* FACT: Six Justices have been confirmed in a presidential election year since 1900.

For more than two centuries, it has been standard practice for Congress to confirm a president’s Supreme Court nominee, whether in a presidential election year or not. Of the six justices confirmed since 1900, three have been Republicans. The most recent Justice to be confirmed in an election year was Justice Kennedy — appointed by President Reagan — who was confirmed by a Democratic-controlled Congress in February of 1988.

* FACT: Every nominee has received a vote within 125 days of nomination.

Since 1975, the average time from nomination to confirmation is 67 days. In fact, since 1875, every nominee has received a hearing or a vote. The longest time before confirmation in the past three decades was 99 days, for Justice Thomas, and the last four Justices, spanning two Administrations, were confirmed in an average of 75 days.

The Senate has almost a full year — more than 300 days — to consider and confirm a nominee.

* FACT: It will be harmful and create unsustainable uncertainty if Congress fails to act on the President’s nominee.

The Supreme Court could go the better part of two Terms with a vacancy if the Senate rejects its Constitutional responsibility. It’d be unprecedented for the Court to go that long with an empty seat. Here’s why it’s harmful:

The Court’s 4-4 decisions have no value in establishing precedent on which future decisions can rely. They also cannot establish uniform nationwide rules. That means if multiple courts ruled differently on an issue before it arose at the Supreme Court, a 4-4 ruling would leave those different rules in place in different states. The result is an unsustainable uncertainty — for the law, for individual liberties, and for our economy.

Learn more and stay up to date at wh.gov/SCOTUS. 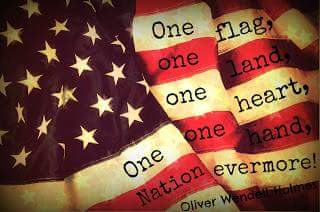 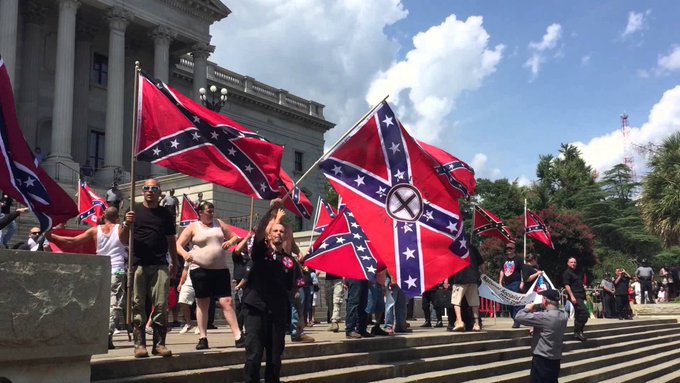 1991 Esquire Magazine interview that it “doesn’t really matter what (the media) write as long as you’ve got a young and beautiful piece of ass.”

10/13/94 In Primetime Live interview Donald Trump states “I tell friends who treat their wives magnificently, get treated like crap in return, ‘Be rougher and you’ll see a different relationship.

Sept 2004 Donald Trump comments to Howards Stern on his daughter Ivanka’s body and, when asked, tells Stern that it is okay for him to call his daughter “a piece of ass”

3/2/16 World considers a Trump presidency, and many shudder

7/17/16 Republicans Will Nominate a Candidate Who Would Violate the First, Fourth, Fifth and Eighth Amendments